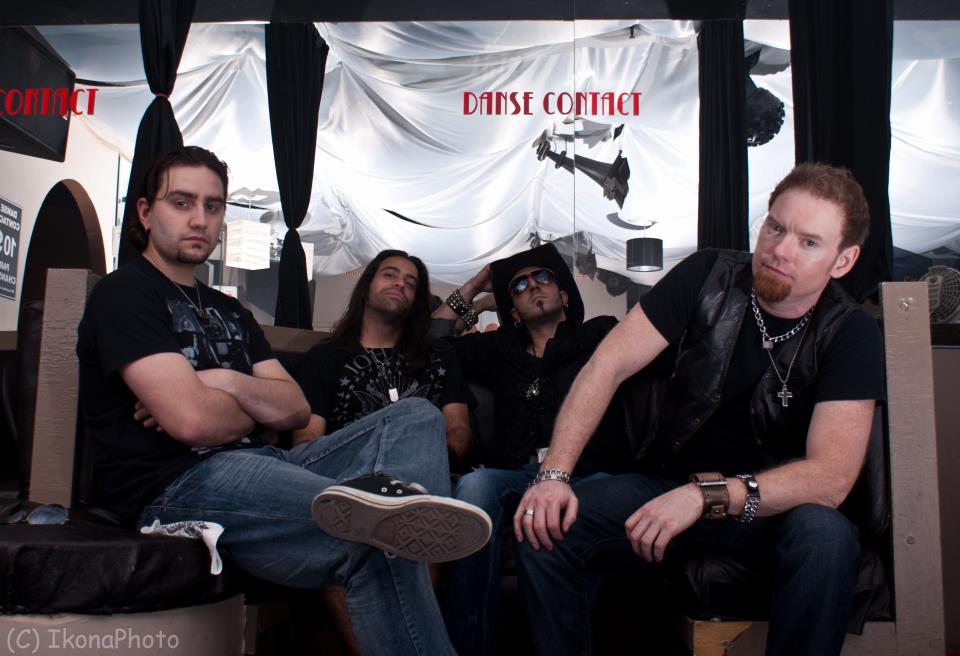 After the success of their Sophomore release “Dirty Valentine”. The ONE boys felt incredibly inspired to begin working on a new album. Having spent the better part of the last 3 years touring, there was a lot of excitement about getting back into writing mode. “You spend all that time out on the road,
you see so much, experience so much and have so much to say. You just gotta sit down and begin to put it all down on paper”, says Danny Rossi.

“Being away from home so much makes you feel a certain way that at times is hard to put into words. It is an amazing feeling to have great fans and friends so far away from home,” says guitarist Chris Staniforth.

Having had success and a good vibe recording “Dirty Valentine” ONE decided to again acquire the services of Slaves on Dope guitarist Kevin Jardine. “He did a good job on the last record. He provides a good mix of honesty and input that just works well with us,” says Staniforth.

The band spent way more time preparing for the studio process than the last record. Building a small pre-production studio in the house on one of the band members, making it way easier to get work done. “We began putting stuff together and getting a feel for where we were going with this record, continues
Staniforth.

“We wrote the least record relatively fast. We wanted to take more time on this one. Trying not to over analyze but at the same time just putting more into it,” says Rossi. “You obviously learn with every album you are gonna put out, so it was more about just applying what we have learned.”

Three years can seem to be a long stretch between albums. “The demand to tour always seemed to be there. You can get caught up pretty quick and not realize that all this time has gone by,” says drummer Rudy Occhionero. “Playing shows and connecting with people is where the magic happens. It is where you
find out who you really are as a band.”

Having added bassist Phil Hardy after the recording process had finished for “Dirty Valentine” this was the first writing and studio experience for Hardy, or “The Rookie” as he is also known as. “I was excited and nervous. Playing shows is one thing, but working on an album is another. It is all very exciting
for me,” says Hardy.

In the music business today, albums can sound generic and too polished. Something that ONE tries to avoid. “The bands and albums that inspire us to be musicians are the old school Led Zeppelin, Ramones and Motley Crue records. Nowadays everything is sampled and over compressed for radio, the soul of the songs at
times seems to be lacking,” says guitarist Staniforth who also co-produced the last album with Jardine.

“I love the old school hair metal. It is what I grew up on and I still listen to today. Fun, shake your ass catchy tunes that stand the test of time. The kind of tunes that can rock the House Live,’ says Rossi.

The new album “Worlds Collide” speaks of struggles and success stories of today’s reality. A groovy, rock your face off album that has a little something for everyone. “It even has a song that if you turned the heavy guitars back could be considered country,” says Rossi.

“With so much going on in the World, you can’t help but write about it. It is all about staying positive and staying the course,” adds Staniforth.

With a new album comes a new chapter. A chapter that the band will write one show at a time