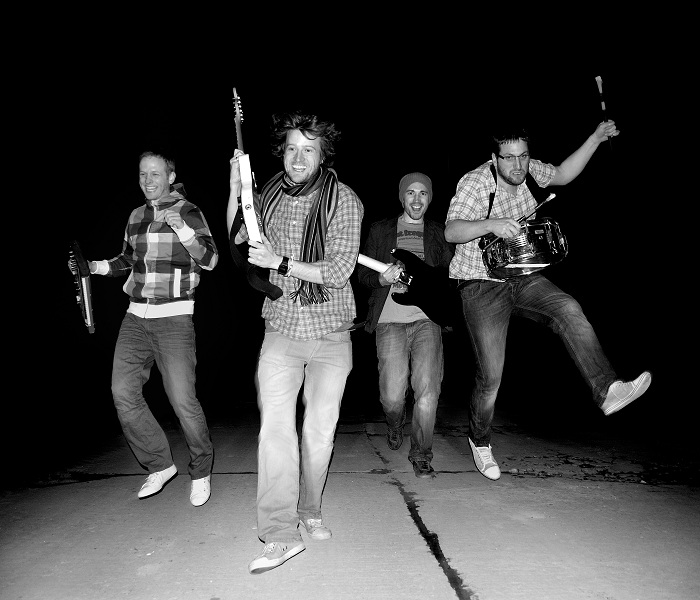 Catching the attention of electronica producers Bombay Monkey whilst playing out under the acoustic guise Sound Sanctuary, two years of collaborations around 2005 produced a series of EPs released on the Lo-Tek label with distribution from Pinnacle. Racking up critical acclaim from DJs like Nick Luscombe and Lynn Parsons, tracks from the EPs saw regular rotation on Xfm and BBC Radio.

By now, the live sound was developing an indie rock styled life of it’s own to accompany the ever tight vocal harmonies and when the studio beckoned again the band decided a name change was in order to fit with the new sound they were going to lay down. Selecting Joe Hirst (Bloc Party, Ian Brown, Razorlight, Beth Gibbons) as the ideal producer to define a new edge to their music the resulting album has debut classic written all over it. Early preview tracks from the album have already been finding their way onto BBC Radio’s Introducing programs and Internet stations with one song picked up for the soundtrack to the £2m British feature film Lucid coming out next year.

In late 2010 the band returned to the live scene supporting Mumford & Sons and The Stranglers in front of 10,000 people at Triumph Live and have been gigging regularly around the south east since. The bands debut single “Drop” arrived in July 2011 with the news that the band would give away their entire album ahead of its official release to anyone scanning special QR codes posted on websites and at gigs. The band continue to support releases with live shows across the south east with the release date for the album announced very soon.