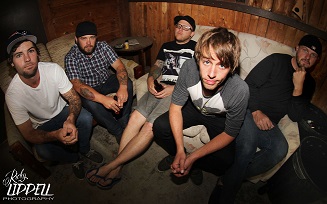 Mayweather is a five-piece Melodic Punk/Rock band from Adelaide, South Australia. Forming in 2011, they have been tirelessly rehearsing, touring and recording.

Their live debut was supporting Horsell Common and since then they have shared the stage with bands such as Trial Kennedy, My Echo, Mere Theory, Stolen Youth, Aitches (Melb), TheCityShakeup (QLD), Take Us To Vegas (QLD) plus many more.

They released their Demo in July 2012 and have just finished recording their DEBUT EP ‘Old Guns’ with the legendary (producer/recording engineer) Darren Thompson.