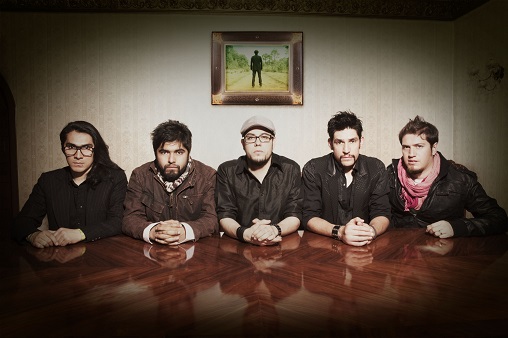 DARDO  is  a Rock band with progressive tendencies. Their influences comes from a variety of sounds such as Perfect Circle, Incubus  and Tool with contemporary nuances like Porcupine Tree, Kings of Leon and Muse. This is why DARDO started the search for a characteristic and powerfull sound, the outcome of this exhaustive search is their new production release Moebius.

DARDO was founded in 2006. After several changes in the alignment, finally their actual members are:OmarAngel (Vocals and Synth), Mauricio Melgarejo (Vocals and Guitar), Antonio de la Torre (Guitar),Daniel Fonseca (Drums and atmospherics)  and Luis Santana (Bass). At the beginning of 2013 DARDO dicography is:2006 Demo Recording, 1 EP entitled “Instinto” (Instinct) recorded in 2009 and produced by Tonio Ruiz (Production resume, Ágora and Qbo) and the most recent production release Moebius, produced by RogelioGómez (production resume, Los Ezquisitos, Riesgo de Contagio, Belinda, among others) providing with his work a fresh sound to the band.

Actually Dardo is stronger than ever and their  future expectations are higher than ever as well.By the concept of an independent band, DARDO has explored and experimented with their music, achievinga more mature sound in the search of the awakening of specific emotions in the public; without leaving behind the proposal of a serius and mature Rock. Their live presentations are always a reflection of their personality, transmitting passion, stamina and power on stage. On the last production (Moebius) DARDO Shows a new different face, where the travel of sounds takes us into a bipolar plane without warning.

2009 Release of EP “Instinto” on sale in stores and Itunes, single promotion, live presentations and Shooting of the first video clip “Instinto”. Interview with Miguel Solis and Acoustic set in “Interferencia” 710 AM del IMER.