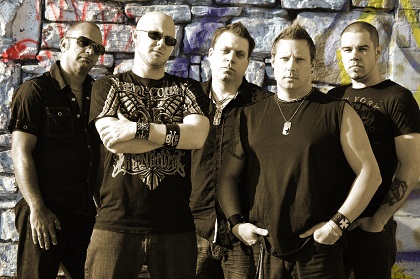 Step Echo is a Hard Rock Band based in the Niagara Region. The Band recently released Jagged a full length album featuring 11 songs. The album was recorded in the bands own studios (Fecal Noir) during the latter half of 2010 and was engineered, produced, and mastered by Corey Mcfadyen. Step Echo was nominated for song of the Year with Jagged in 2011 Niagara Music awards and was also named Indi band of the year by Image FM. On their first album alone the band has managed to produce 3 HD videos. StepEcho’s sound is Influenced heavily by Canadian rock. Powering riffs fuel an onslaught of melodic vocals that are cored by bass driven heavy rock drumming. The band is now in the process of putting together its second album while continuing to refine their sound.