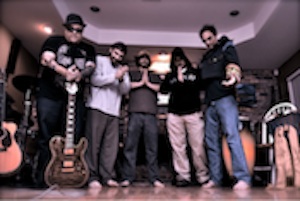 ZamaPara specializes in artfully crafted songwriting which is blended with influencesincluding Dave Matthews Band, Afghan Whigs, Wilco, Bob Marley, Counting Crows, The Police, Stevie Wonder to name a few. The end result is an innovative style of straightforward heartfelt melodies and soul-filled lyrics. Our sound is then mixed with a strong dose of reggae influences along with dueling percussionists with variations of funk overtones. ZamaPara’s unique Folk-Ska-Rock style is enhanced by its live performances which are always high energy shows that get people dancing as well as entertaining the audience with its storytelling.