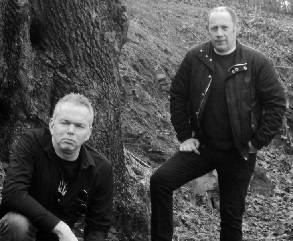 Sonic Temple are a heavy rock band formed in 2010 in Llanelli, South Wales, U.K. & comprises the line up of Andrew Richards-Lead, Rythm & Bass Guitar & Allan Green-Vocals.Both of whom have a healthy amount of live & studio work to their credit.

Although currently unsigned Sonic Temple boast total self sufficiency, writing, recording, producing & mastering all of their own material which incorporates a whole host of musical styles whilst still retaining a heavy rock based element to their sound.

They have recently completed work on their self titled, 9 track, debut album of original material at their purpose built Capricorn 7 Studio.

The album has gained substantial airplay at independent Radio stations:-

Sonic Temple are currently working on their follow up CD album which is planned for release at some point during 2013, as well as a CD E.P. of material planned for later in the year.