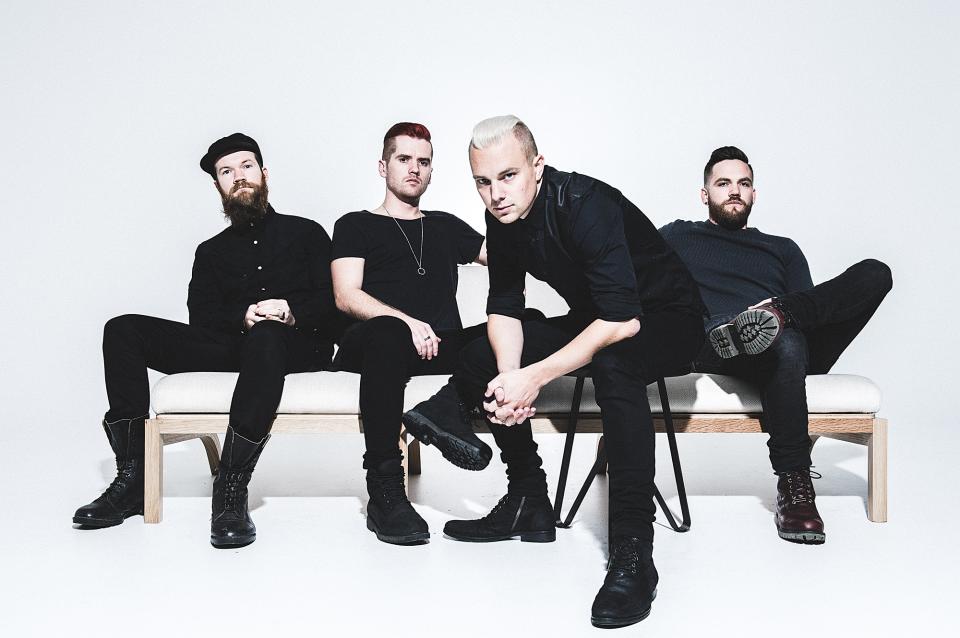 New Zealand’s VILLAINY, after dominating their home country for the past month and a half with sold-out tours and now with a New Zealand #4 album, now has Australian audiences in their sight.

Their album ‘Dead Sight’, which features single ‘Syria’, will be  released Friday November 6th through MGM Distribution in stores and online. The in-your-face four-piece are also today announcing their first Australian tour since popping over the ditch to play Bigsound in 2013, with a few stops in Sydney and Melbourne, before heading home.

They will join well-known and well-loved Melbourne natives JERICCO and SYDONIA on a four-date, three-way capital city assault in mid-November, taking them from Brisbane to Sydney, then Melbourne and finishing in Adelaide. The three bands have joined forces to put together what is surely a Tour-De-Force of Australian and New Zealand’s rock offerings.

The massive rock sound for ‘Dead Sight’ was produced by TOM LARKIN (BODYJAR, HIGH TENSION, THE GETAWAY PLAN) at his STUDIOS IN THE CITY in Melbourne, Engineered and Mixed by Samuel K (THE GETAWAY PLAN, CAIRO KNIFE FIGHT, CLOSURE IN MOSCOW, GATHERER) and Mastered by BRIAN LUCEY @ Magic Garden Mastering, Los Angeles, CA.

Villainy are one of New Zealand’s most awarded and best rock acts. They have shared the stage with INCUBUS, THE OFFSPRING, BILLY TALENT, SEETHER and SHIHAD. Their previous album ‘Mode. Set. Clear.’ (also produced by Larkin) took home the 2013 BEST ROCK ALBUM at the NZ MUSIC AWARDS and their first foray to Australia came with Bigsound 2013. ‘Syria’ and ‘Safe Passage’ the singles from ‘Dead Sight’ have both
been on high rotation on NZ’s biggest commercial rock station, The Rock.

For more information about Villainy and the album ‘Dead Sight’ (out November 6 through MGM Distribution), visit http://www.villainymusic.com. The tour hits The Zoo in Brisbane November 13, The Factory Theatre in Sydney November 14, The Prince Bandroom in Melbourne (November 20) and Jive in Adelaide (November 21). Ticket information is available from collisioncourse.com.au.